Members of the Professional Hockey Writers Association (PHWA) vote on the trophy which is awarded “to the player who best exemplifies the qualities of perseverance, sportsmanship and dedication to hockey,”

Each local chapter of the PHWA nominates a player at the end of the regular season. The top three vote-getters are selected as finalists for the trophy.

The winner will be announced June 20, during the 2018 NHL Awards show at the Hard Rock Hotel & Casino in Las Vegas.

The finalists in alphabetical order: 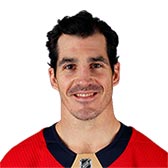 Before center Boyle set foot on the ice as a New Jersey Devil, he faced his biggest test. His physical exam at the start of training camp led to a chronic myeloid leukemia diagnosis, putting the start of his season on hold. But Boyle’s determination and faith got him back on the ice and in the Devils’ lineup on Nov. 1.

Boyle, 33, opened his Devils tenure with 10 goals over his first 25 games, including a memorable goal on the night the Devils hosted Hockey Fights Cancer. Since his 2017-18 debut, Boyle has missed just one game and represented the Devils as an All-Star.

Between handling his own illness, his family and his career, Boyle has approached every day with the same optimistic attitude and perseverance that had inspired and lifted the Devils’ locker room. 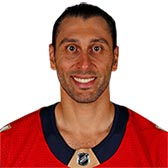 A 38-year-old goaltender, Luongo had hip surgery following the 2015-16 campaign, missed the last month of 2016-17 and battled through hand and groin injuries this year. He was injured this season on Dec. 4 against the Islanders, but his hard work and perseverance had him back in the lineup 26 games later on Feb. 17, helping the Panthers beat Calgary 6-3 and igniting a serious run for Florida as a contender in the Eastern Conference wild-card race.

In a 13-game span after his return, Luongo was 9-3-1 with a 2.44 goals against average and .928 save percentage, including a stretch of five consecutive wins from Feb. 22 to March 4. The strong performance helped the Panthers climb from the bottom of the conference standings into contention for a wild card spot and their first postseason berth in two years.

A 12-year resident of nearby Parkland, Fla., Luongo gave an impassioned, unscripted speech regarding the Marjory Stoneman Douglas High School shooting in Parkland before the Washington game on Feb. 22. The match was the first at home since the tragedy for the Panthers, who had returned home after a five-game Canadian road trip.

Just before puck drop, Luongo, dressed to play as Florida’s starting goalie against the Capitals, skated out and delivered a three-minute message to cap the organization’s emotional pre-game ceremony to honor the victims. He acknowledged the heroes at the school who protected the students and implored the South Florida community to join together, take action and heal as one in the wake of the shooting that claimed 17 lives eight days earlier, as fans and players were overcome with emotion. 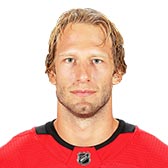 Staal assumed an already bigger leadership role with the young Hurricanes this season, being named co-captain before the season. He faced adversity on the ice, with Carolina headed toward its ninth straight season without making the postseason. But these struggles were nothing like the struggles he was dealing with at home.

In late February, Staal and his wife, Heather, announced their daughter, Hannah, was delivered stillborn due to a terminal birth defect previously diagnosed by doctors.

Staal, 29, missed just three games following the tragedy, and he was a key component of the Hurricanes and carried himself with dignity throughout the season while quietly dealing with his family’s adversity.