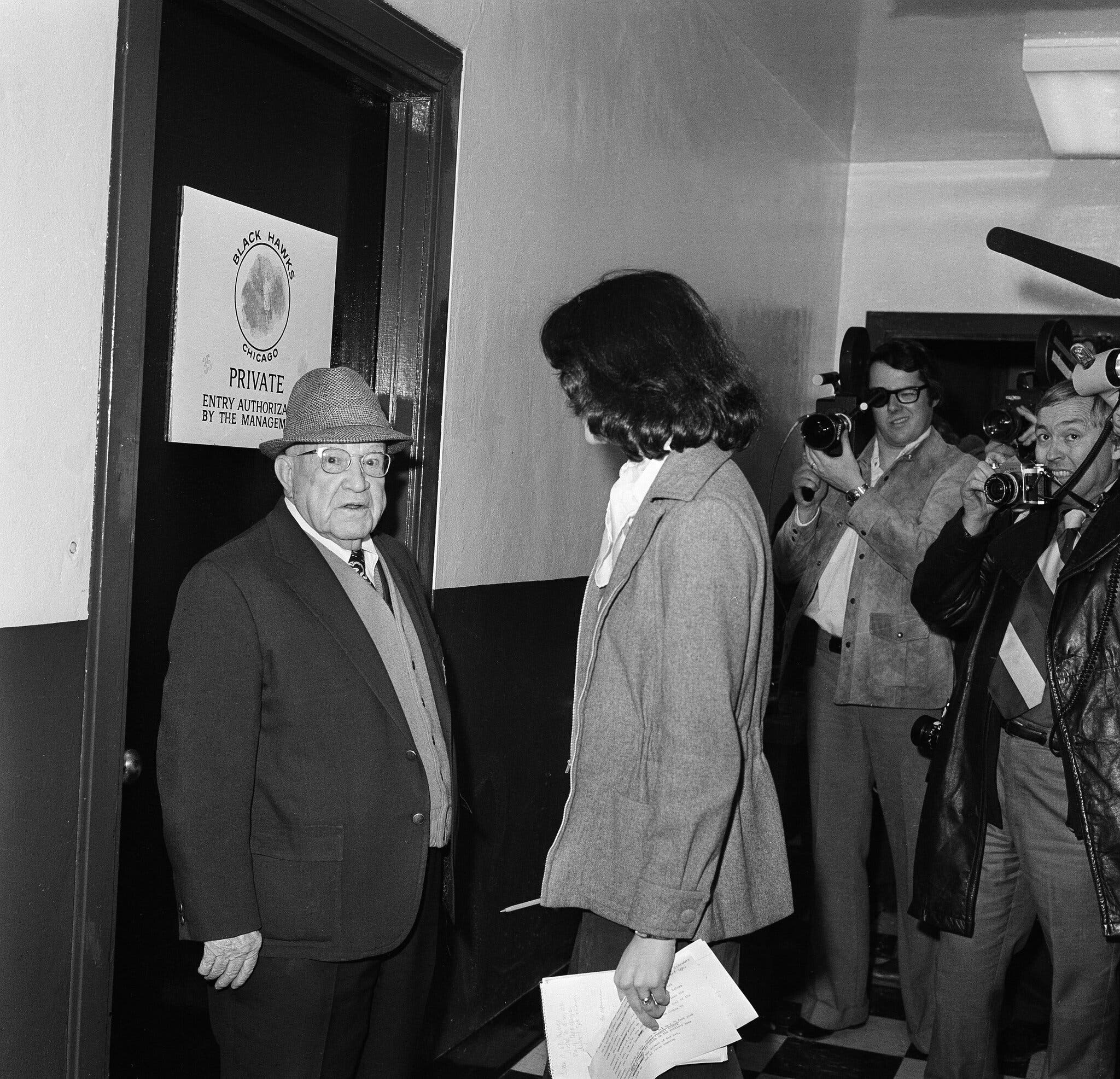 Robin Herman refused to accept anything short of equal access for women covering the National Hockey League – no matter the sexist taunt or crude comment thrown her way.

And she heard them all.

“Go ahead if you want to see nude men,” Herman was told by Atlanta Flames coach Bernie “Boom Boom” Geoffrion in 1974.

Some players clutched their towels when Herman entered. Others thought it would be funny to yank away a teammate’s towel during an interview.

Once, Toronto Maple Leafs manager Harold Ballard said that women would be allowed to ask players questions after games if they also took off all of their clothes.

The Professional Hockey Writers Association is mourning the passing of Herman, a pioneer member who broke the hockey media’s gender barrier as one of the first female reporters to enter a professional sports locker room. Herman died this week at 70 after a battle with ovarian cancer, her family told the New York Times.

Herman was the PHWA’s lone female member in 1974-75. After being denied at various team facilities throughout the league, she burst through at the 1975 All-Star Game in Montreal, when the game’s coaches – Fred Shero and Bep Guidolin – said they had no problem with a woman entering the locker room.

Herman, just 23 at the time, and Montreal-based radio reporter Marcelle St. Cyr broke the barrier when they walked into those Forum locker rooms, forging a path forward for so many women interested in covering pro sports.

“If not for her and her insistence on being allowed to do a job she was eminently qualified to do, the door would never have opened for hundreds of women who followed because she made it possible.”

Elliott said she recently spoke a young male journalist and mentioned that early in her career she was not allowed into many locker rooms.

“He had no idea that had ever been the case,” Elliott said. “If not for Robin and Lawrie Mifflin and Mary Flannery and a few others, equal access might have come about far more slowly than it did.”

To be fair, the Professional Hockey Writers Association was not initially inclusive when it came to accepting female members. Former PHWA president Kevin Allen learned while documenting the organization’s history that New York-based reporter Shirley Fischler asked the Human Rights Commission in 1970 to investigate the PHWA’s practice of only admitting men. The PHWA’s senior leadership at the time never replied to Fischler.

By the time Larry Brooks began covering the Islanders for the New York Post in 1976, it was the norm for women to be covering hockey in New York, in part because of Herman’s courage of conviction.

“Robin was a trailblazer,” Brooks said on Thursday. “We had several women covering New York hockey teams – Robin, Lawrie Mifflin, Helene Elliott, Mary Flannery, Robin Finn. That was just business as usual for me. Robin and I were friends. She was a pro’s pro, sharp, excellent reporter, could write [well]. She was tough, as all the women had to be in order to make it.”

Herman moved to the New York Rangers beat in 1978, ending her five-year run covering hockey in 1979 with a move to the paper’s metropolitan desk. It wasn’t until 1987 – some 12 years after Herman first entered the locker room at All-Star weekend – that the NHL formally instituted media regulations that granted league-wide access for all accredited journalists, regardless of gender.

Herman later wrote for The Washington Post and spent 13 years at Harvard University’s School of Public Health as assistant dean for communications before retiring in 2012. While retired, Herman began an appropriately titled blog “The Girl in the Locker Room,” which is how she will be forever remembered in the organization.

“Fittingly, the dressing room Robin set foot in was that of the storied Montréal Canadiens,” said current PHWA member Erin Brown. “Above the stalls is the message: ‘To you from failing hands we throw the torch; be yours to hold it high.’ I always thought that was perfect for such a historic moment, and a reminder to all of us women who have pursued careers in sports. We’ve got the torch, Robin. I hope we’re doing our part to hold it high for the next generation of girls as you did for us.”

To read more about Herman, please visit her obituary in the New York Times.