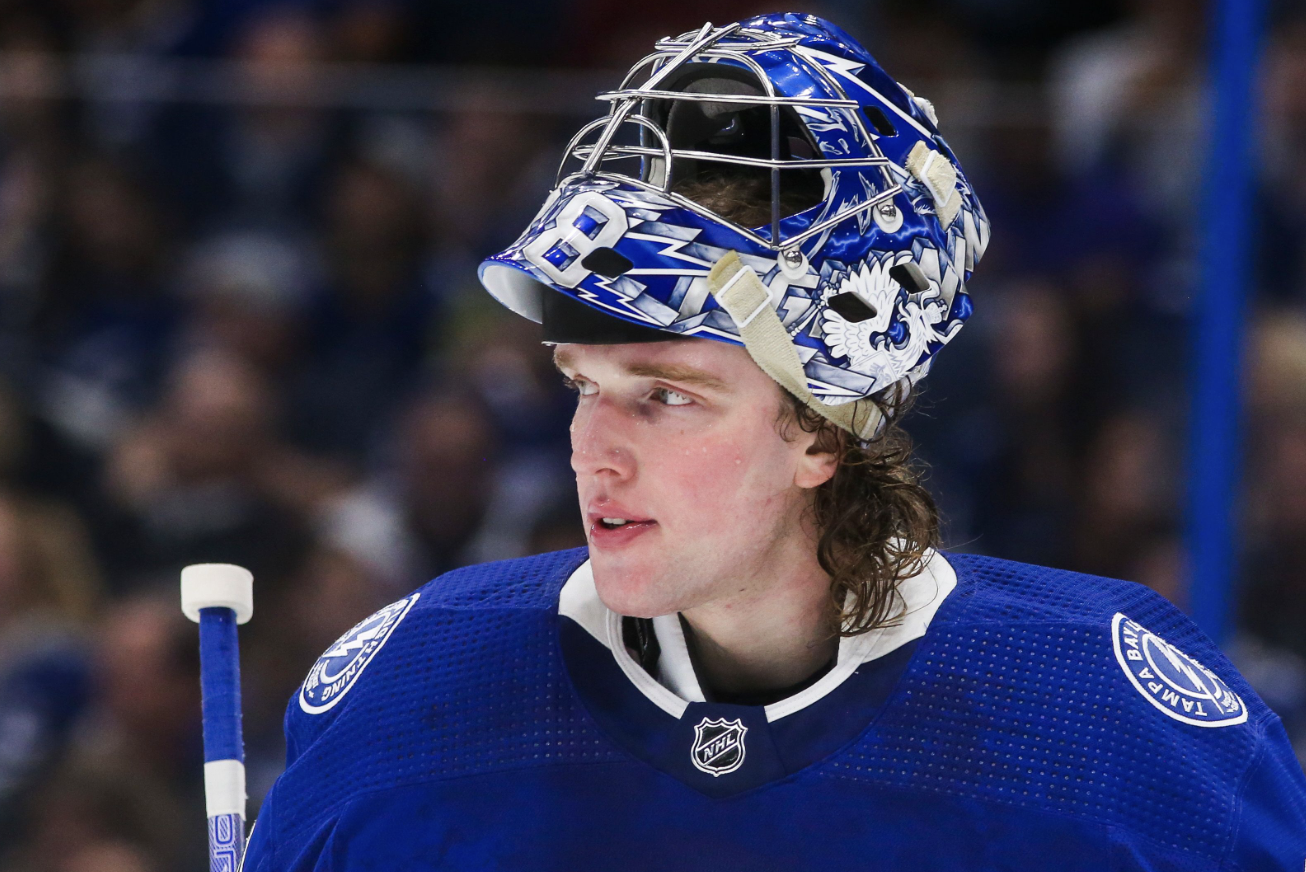 Collecting his league record fifth consecutive shutout in a series-clinching game, dating back to last year’s Stanley Cup Final in the Edmonton bubble, Vasilevskiy garnered 15 first-place votes among 18 available ballots. He edged teammate Nikita Kucherov, who led the postseason in scoring with 32 points, by an 82-60 voting point margin.

Vasilevskiy became the first goaltender to win the Conn Smythe since Los Angeles’ Jonathan Quick in 2012. He is just the first European-trained goaltender to capture the award, as all 14 previous winners were born and trained in the United States or Canada.

Vasilevskiy, 26, was between the pipes for every second of the Lightning’s playoff run for the second year in a row. He started all 23 games, posting a 1.90 goals against-average and a .937 save percentage, becoming the first goaltender since Ken Dryden (1976-1978) to win the Stanley Cup in consecutive years while allowing an average of under 2.00 goals per game.

Points were awarded on a 5-3-1 basis and the deadline to submit ballots occurred with 10 minutes remaining in Game 5.