The finalists, in alphabetical order: 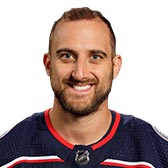 Foligno helped Columbus earn a berth in the Stanley Cup playoffs for the third consecutive year by scoring 35 points (17 goals, 18 assists) in 73 games, while simultaneously attending to health issues affecting two of his three young children. The Blue Jackets captain, 31, is skating in his seventh season with Columbus and ranks third on the club’s all-time goals (125) and assists (162) lists.

“I feel like we’ve become a stronger family and that’s how I’m always going to look at it. I think it’s made me a better person, a better player and a better leader, hopefully, for this team,” Foligno told the Columbus Dispatch. “I’m going to take it all in stride, but my family is my most important thing in my life and (the Blue Jackets are) my second family.” 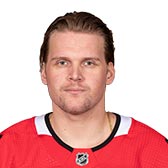 Lehner (25-13-5 record, 2.13 goals against average, .930 save percentage, six shutouts) and teammate Thomas Greiss won the 2018-19 William M. Jennings Trophy as the goaltenders on the team allowing the fewest regular-season goals, helping the Islanders post their highest regular-season points total (103) since 1983-84. His best NHL season on the ice came on the heels of revealing addiction and mental health issues in a self-penned article for The Athletic during training camp.

“I am not sharing this story to make people think differently of Robin Lehner as a professional goalie,” Lehner wrote. “I want to help make a difference and help others the way I have been helped. I want people to know that there is hope in desperation, there is healing in facing an ugly past and there is no shame in involving others in your battle.” 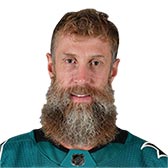 Thornton, 39, overcame major injuries from the prior two seasons, suffering a torn ACL and MCL in both his left knee (2017) and right knee (2018). His rehabilitation work, detailed in the San Jose Mercury News, served as an inspiration to his teammates and coaches. The leader among active NHL players in career assists and points (413 goals, 1,065 assists, 1,478 points in 1,566 games), Thornton concluded his 21st NHL campaign with 51 points (16 goals, 35 assists) in 73 games, helping the Sharks qualify for the Stanley Cup playoffs for the 14th time in the past 15 seasons.

A $2,500 grant from the PHWA is awarded annually to the Bill Masterton Scholarship Fund, based in Bloomington, Minn., in the name of the Masterton Trophy winner.