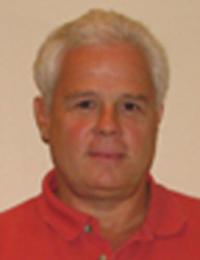 The Professional Hockey Writers Association mourns the loss of longtime member and Boston Herald reporter Steve Harris, who passed away suddenly on Thursday at the age of 66.

Harris joined the Herald in 1976 and became a PHWA member in 1979, covering thousands of Bruins games over his parts of five different decades around the team.

“Steve Harris was the welcoming, familiar face you could expect to see on any trip to Boston,” PHWA president Mark Spector said. “He was a true pro’s pro, a consummate journalist who was always more concerned about getting the facts than making a splash. His thorough and well-written work did the talking for him. The press box at TD Garden won’t be the same without him.”

Harris’ career began at the tail end of Bobby Orr’s run in Boston and he chronicled every lineup change and blocked shot on the Bruins’ run to the Stanley Cup in 2011 and beyond. Along the way, he covered multiple Stanley Cup finals, several Olympics and assisted on Red Sox coverage. But Harris was a true hockey man. He loved his time at the rink.

Boston sportswriter D.J. Bean shared a memory on Friday, remembering Harris asked him to help setup a Twitter account because his bosses at the Herald wanted him to have one. Bean instructed Harris to use Twitter as a platform to quickly update fans on Bruins happenings.

Harris was survived by his wife, Kathy, and sons Mat and Jack.

Via the Boston Herald: A visitation for Stephen Harris will be held Sunday from 4-8 p.m. at Duckett-J.S. Waterman & Sons Home of Memorial Tribute at 656 Boston Post Road in Sudbury. A memorial Mass will be held for him on Monday at Noon in Our Lady of Fatima Church, 160 Concord Road in Sudbury.